Showing posts from September, 2021
Show all

Mile High with a Vampire - An Argeneau Novel 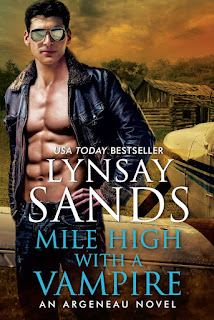 First- I wanna say that  I loved this book! It was super special to see this woman who was scared and scarred try to help while she was completely unprepared. She’s terrified and she just keeps trying. That is a special person. That woman who fights the fight that she may not be able to win but she is fighting anyway? That’s the kind of woman I want to be. Then, you have a mortal man who is crazy about her and he’s been crazy about her for a long time. And all he’s been able to do is watch. And be confused. Because it’s just hard to talk to a girl in mourning. But it’s also really hard to have all this want and need and gotta have her now feelings about a person that you’ve never interacted with. I’m gonna say it again- he’s never interacted with her yet he’s basically obsessively in love with the woman.  She has all the issues. Basically, if you added flour and water to her issues you would have the biggest crap flavored birthday cake around. She’s just now coming out of the “my signi
Post a Comment
Read more
More posts