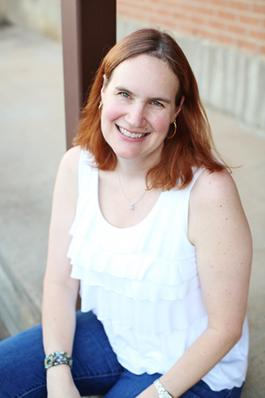 New York Times, USA Today, and Wall Street Journal Bestselling Author, Susan Stoker has a heart as big as the state of Texas where she lives, but this all American girl has also spent the last fourteen years living in Missouri, California, Colorado, and Indiana. She's married to a retired Army man who now gets to follow her around the country.

She debuted her first series in 2014 and quickly followed that up with the SEAL of Protection Series, which solidified her love of writing and creating stories readers can get lost in.

Hi Susan! I am so excited that you stopped by for this virtual tour! To start, my name is Kim and I love books and tend to lean more toward audio books because I am always on the go. Three kids and work and life! And now, Covid to make life more impossible. According to my library, today, I have 1,466 books and of those, 53 of them belong to you! Not bad really! My first introduction to your books was in 2017 with Claiming Grace and I pretty much purchased a lot of your books back to back at that time until I was caught up. In preparation for this interview, I went and relistened to Protecting Caroline and I have to say that this is one of my absolute favorite books still to this day. I relistened to it and then at the end I was like “Hold up! There is no sex in this book!” Which is interesting because I also just finished A Princess for Cale! A story that one should not pass up.

Wow! Thank you! I’m thrilled that you enjoy my books so much! I try to tell people that if they enjoy one of my books, they’ll most like enjoy them all, as I write the same way across all my books (boy meets girl, they fall in love, some big external drama happens, then they live happily ever after). And I love Caroline’s story, because who hasn’t invisible in this day and age? We all want to be “seen” and I love that Wolf did that for Caroline. And, as a note, yes! Protecting Caroline is the only story without a true sex scene! I think because it was one of my very first books I wrote. Lol But I more than made up for it with the Princess story for sure! HA!

Securing Kalee will be the final book in the SEAL Team Legacy series and I am literally chomping at the bit! Right now, the audible will be available when this is posted, but we are so close and all I can think is “What is her dad gonna be like when she comes home?” But, really, Kalee coming home will have a huge affect on everyone in the group, since they were at one point just a few feet from her. The emotion will be very real in this story. What was it like to write that?

You know, some books are tough to write, but this one really flowed out of my fingers. There IS a lot of emotion in this story (because you know, it’s not like I could have Kalee be kidnapped again (my go to drama! Lol) because of all she’d already been through. So there’s a lot of her trying to heal, then the dynamics of Phantom’s team had to be dealt with as well. But of course there’s still a bit of drama, because you know, it’s a Stoker story! Lol And there are a LOT of characters that show up at the end of this one too!

(And as a note, there IS one more book in this series. Securing Jane comes out with 1001 Dark Nights in Feb and is the SEAL’s commander’s story. It’s totally a stand alone though, so people can read that without having read the Legacy series. And while it’s called a “novella”, it’s 50,000 words long, so really, a full length book for a super cheap price! Lol)

Something I’ve noticed quite a while back is that your audiobooks come out a bit ahead of the print and eBook versions. Is there a method to that? I really just love that because I get it a week early!

You know, I’ve made a true effort to put my audio books out a week before the ebook as a thank you to my loyal audio listeners. Many times the audio doesn’t come out for weeks to months after the ebook, if at all, which can be very disappointing. And since I tend to write “ahead”, I’m able to find narrators and get the audios done in time to release early. I just want to give those who want to listen to the audio a good experience…and a little bragging rights that they get it early! Ha!

The rest of 2020 is full for you and your fans with Securing Kalee on 9/22/20, Shielding Aspen on 10/20/2020, and Trusting Skylar on 12/1/20. But it does not stop there! You also have releases up for 2021 for Shielding Riley, Securing Jane, Trusting Taylor, Finding Elodie, Shielding Devyn, and Finding Lexie. This is almost one full year into the future! So, do you write that quickly? Are you that organized? Do you just not sleep?

I always tell people who ask me this question, “I don’t have children.” And I’m only partly kidding. I don’t have to feed a little person, or drive them around, or entertain them, or in these weird times, educate them. I only have to worry about my doggies. But seriously, I’m a little (ok a lot) type A, and when I start a book, I feel a driving need to finish it. So I write in the mornings every day until the book is done. Then I’ll take a week or two, or three, off before I start the next one. The schedule seems to work for me so as long as the words are flowing, I’m gonna go with it. (Besides, I think my readers would revolt if they didn’t get as many stories as possible from me each year! Lol)

You write about a lot of places that are quite a way away from the back hills of southern Ohio, so for me it is completely possible that they are completely made up. Have you been to any of these places personally or is it all research?

Most of the locations in my stories are places I’ve lived near, or at least been to. “Riverton” is my only “made up” city, but it’s basically San Diego. Lol. Colorado Springs, Denver, Castle Rock, CO, Killeen, TX, San Antonio, Indianapolis, Dallas, Juneau, AK…they’re all real!

Speaking of research, on your about page (the info at the top of the page is from the stoker aces "about" page) there are a couple things from there I would like to ask about. You mention that you spent fourteen years roaming with Mr. Stoker and now he gets to do it with you. First, how does Mr. Stoker like being taken to book conventions and roaming the country with you?

We kind of made a deal that once he retired from the Army that he’d follow me wherever my career took me. So when we were living in Indiana and I said, “Hey, there’s a job in Texas I want to apply for” his response was “go for it!” But then I quit that job to write full time and when I said, “I don’t like the heat and I miss the mountains,” he had no problem going to wherever I wanted. I’m blessed for sure! Lol And he actually doesn’t come to book signings with me! They just aren’t his thing, which is fine, there are things he does which don’t appeal to me either. Besides, someone has to stay home with the dogs!

Second, you say that you had debuted your first series in 2014 and followed up with Seal of Protection right behind it. However, I cannot find anything on amazon published before protecting Caroline. What was there before that and is it still available?

My very first books were my Beyond Reality series (Outback Hearts, Flaming Hearts, Frozen Hearts). I think I sell like 10 copies a month of them. Lol But I still LOVE those stories. They’re based on reality shows. The first is about a woman who is on a bachelorette type show and doesn’t fit in at all! The second book is about a woman who thought she was going to be a bachelorette, but when she gets on set finds out that there are two bachelorettes and she has to compete with her (and she falls for someone who isn’t even a contestant! Talk about messy!) And the third book is about two camera operators. They’re loosely tied together, but never really took off. But again, they were my first books ever, and while the writing could probably be better, I still love the stories!

Don't you just LOVE HER! You can get straight to Susan's upcoming releases here on her page. Here is a link to her audible page. Securing Kalee is available today on audible and Protecting Caroline is available here on audible escape!
Author Q&A Available on Audible Escape Military Susan Stoker