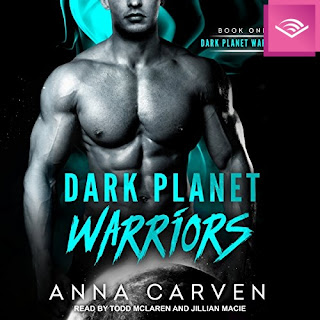 Abbey
Some scary-looking aliens have just boarded Fortuna Tau, our little asteroid mining station. Kordolians, by the looks of things. What the hell do they want with this floating rust bucket? What are they even doing here?
Come to think of it, I've never seen a Kordolian up close before. They're huge and intimidating, with strange silver skin and pointed ears. They have freaky nano-armor, and they're packing a serious arsenal. We humans stand no chance against them.
When I encounter their general, I find him insufferable. Arrogant. Domineering. He won't tell me anything. I guess that's what happens when your race is kicking ass across the Nine Galaxies. You get pigheaded.
So why do I keep running into him? Why does he keep looking at me like that? And what's with this weird feeling I get when he's around? I really hope these guys fix their ship and go away soon, because I get the feeling they could be major trouble.
Tarak
Sucked into a wormhole during a fierce skirmish with an enemy ship. Spat out near a human mining station in a remote corner of the Nine Galaxies. Stuck with weak humans who operate with inferior metals and technology.
This mission couldn't get any worse.
We need to fix our craft, kill the cursed Xargek, and get out of here before the wormhole collapses. I don't really care about these humans. Their existence makes no sense to me.
So why has this strange human female captured my attention? She's messy, awkward, and she babbles nonsense half the time.
These humans are crazy. I don't understand them at all, especially this female. Why do I keep coming back to her?
I need to leave this place before I go insane.
Contains mature themes.

Y’all, here I am at 3 am. Looking round. Thinkin “ooooo this should be good!” And judged the book by its cover. Purchased it (or not because I have Audible Escape) and I binged it.

A chance meeting. A crazy accident. A hot alien. What’s not to love? Serious. What’s. Not. To. Love. Nothing guys. Nothing. There’s hot sex. Mild drama. Crazy royalty. Sane-ish royalty. A rebellion. A bad as can be general. Sexy times. More sexy times. Super strong and confident heroine. A super sexy alien. It’s worth it and it’s all on Audible Escape right now. On book two now and I’m in love with it too!!

The narrators were both amazing. It was a perfect balance. I recommend this a million times!
Alien Available on Audible Escape Virgin